Here comes the final act of my adventures through the ancestral hamlets of Cernei Mountains (S-W Romania) this summer, summarized in a travel article slated to appear on liternet.ro on October 11:

Only available in Romanian for the time being. But, hopefully, the pictures will speak for themselves. 🙂

Romanian online publisher Liternet.ro has graciously accepted to publish my latest short prose (a travel-cum-anthropological report of sorts) in their Atelier section. The three pieces of this feature will appear on Monday, Thursday and Saturday and can be found here:

A big thank you to Razvan Penescu, founder and coordinator of Liternet.ro!

In case you’re curious what else I’ve been writing and publishing on Liternet over the years, have a look here:

(spoiler alert: it’s all in Romanian).

“It is said that some Bolsheviks, deeming that a love based on choice and exclusivity was only a prejudice infiltrated by the bourgeois spirit, tried to abolish it, treating love as an instinct, an instinct like all the others, falsely adorned hitherto with a passionate halo. (…)
The big mistake was that they thought love resides in free mating… But two individual people on a beach, where there is a clutter of hands and feet, think and feel themselves completely different from all the others (…).
Love is preference and, even possessed by an entire platoon, a woman cannot be prevented from preferring in her mind and smiling with her eyes, just as no one can restrain the pride of knowing yourself the object of someone’s preference or your tender gratitude for it. For if preference itself can be forbidden, the thought of preference escapes all obstruction. Love requires no more than this.”

This summer, we got up close and personal with the Bavarian Alps. Here’s a glimpse into what they have to offer. Enjoy!

Copyright 2020 A. Sepi. All rights reserved.

Trying to stay in shape during social distancing.

A river, a grove, a few less trodden paths on a sun-flooded morning. Glimpses of real beauty. And a little piece of heaven. 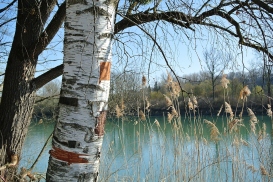 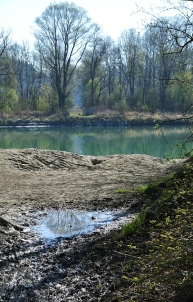 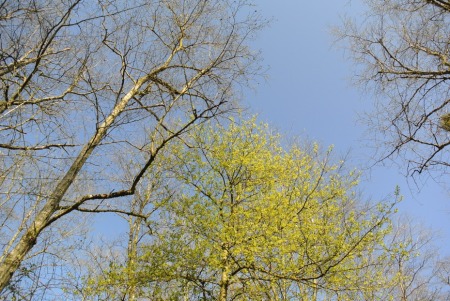 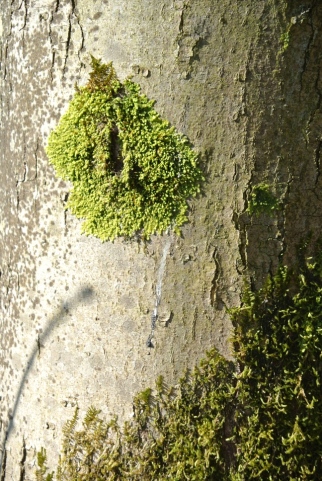 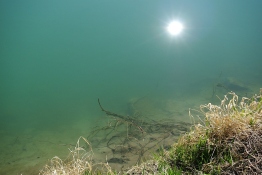 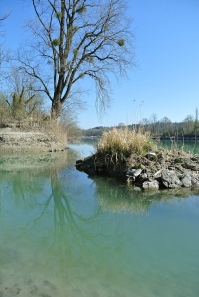 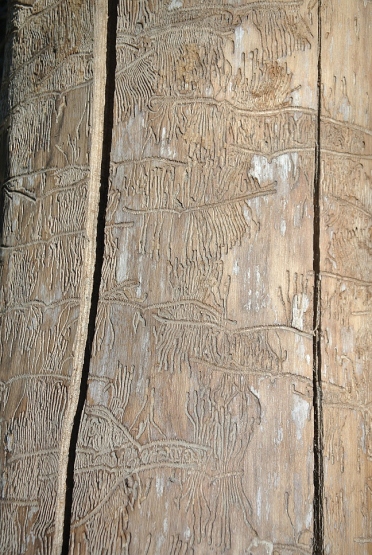 Copyright A. Sepi 2020. All rights reserved

Copyright A. Sepi 2020. All rights reserved 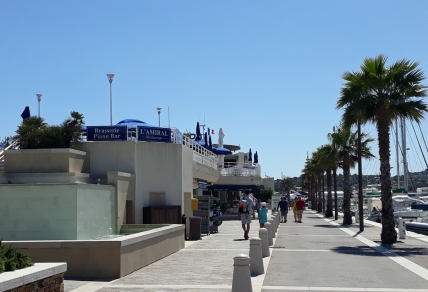 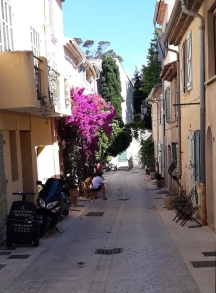 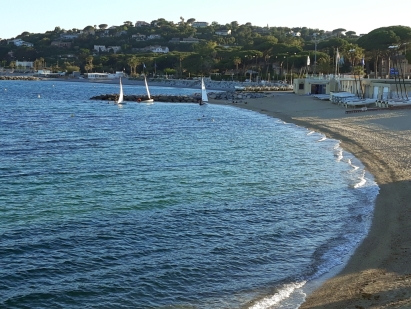 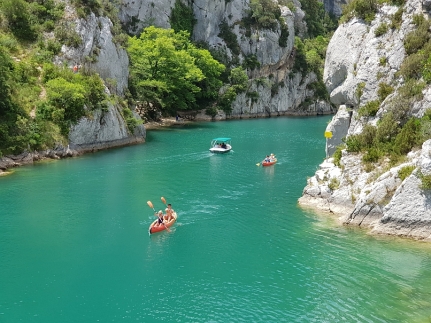 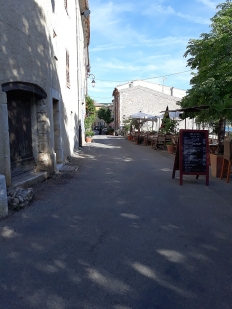 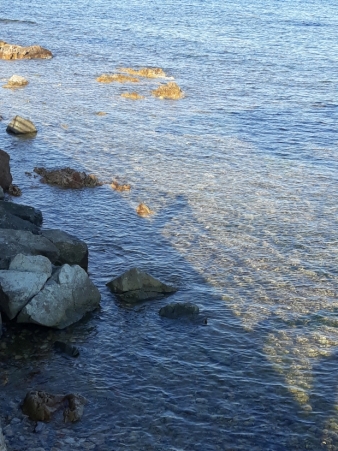 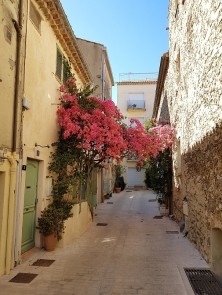 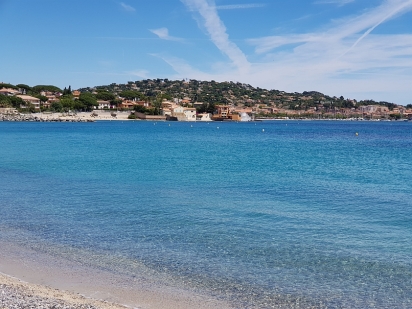 The graduation cap kept slipping off my head and the tassel was getting into my field of vision, occasionally blotting out important surrounding objects, like pillars or toilets. I couldn’t bend down, nod, or even glance at my phone. I was beginning to get an inkling into why all graduands look so dignified – standing tall, chin up, gaze fixed firmly ahead, stiff smile. They must be terrified of dropping the thing…

I hadn’t worn a robe before either, and this ceremony at the London Barbican for alumni of the University of London’s International Programmes was my first British-style graduation, national anthem and all.

So when the lady at the dressing booth carefully placed and arranged the heavy black robe on my shoulders, the eerie weight of responsibility settled on them too.

I was on my best behavior: walked across the stage confidently when my name was called (having wisely ditched my stilettos in favor of more sensible flat-sole boots), bowed imperceptibly to the Vice-Chancellor and the other members, looked proudly (how else, cap was unstable) up into the audience, shook someone’s hand and was utterly relieved to be seated again without any major incident.

I was all too happy to relax and watch the long procession of excited graduates that followed, their enthusiasm, the faculty speeches, and the subtle yet undoubtedly motivating and inspiring pomp of the ceremony.  I barely fidgeted. The fact that I was dead beat after hours of walking through London must have had something to do with it.

Trying to pack this buzzing and fascinating city into only 48 hours and tick most of the major boxes on my to-see list is no small feat. It is, in fact, for no small feet at all. I have come dangerously close to a broken back, but I did manage to get a pretty good sense of the place, if I do say so myself.  Yes, boys and girls, it can be done!

So, as my throbbing, swollen feet are my witness, and in my capacity as surface-scratcher extraordinaire, I feel it is now my duty to dispel at least 3 common misconceptions right off the bat:

No way. Not necessarily. The gusty winds of healthy living are sweeping through the busy streets and teeming bike lanes of London, with tasty treats, leafy salads, fresh thick soups and vegan sandwiches on every corner. Things like pumpkin or papaya slices on rye bread with seeds, arugula, coleslaw, vegan mayo, vegetables and cheese can make a wholesome yet light and savory breakfast at a fraction of the price of fish and chips. Eat away! The food scene is amazing, and old traditional pubs, local steakhouses, elegant seafood restaurants, or first-class international cuisine are equally sophisticated and delightful. I particularly liked the looks of some eateries around Covent Garden.

2. The British are sticklers for protocol. (You know, stiff upper lip, haven’t been properly introduced type of stuff…)

Well, what can I say, if you marry into the Royal family (new wedding coming up!) most likely, but then you’ve brought it upon yourself. In my experience, however, even during official ceremonies there is the occasional cutting of slack, and guidance is always offered with smiles and in a calm tone of voice.

On the streets, the British are considerate and friendly chaps (and lads), who do not seem at all phased by the bustling crowds and will always take a second to give you directions or duck while you’re trying to photograph the sights. There will be a polite sorry for every brush against your arm, and thank yous are abundant. Never an arrogant snarl, never a condescending eye roll. There is a touch of affability and humor with every interaction. (Oh, I love decorum and a good upbringing!)

And even though the city is as vibrant, diverse and fast-paced as they come (more than 300 different languages are spoken in London schools), I did not get a sense of hectic rage among its inhabitants at all. They are lax and at ease in the commotion (occasional exception: cyclists – no, they are not training for the Tour de France, they’re just pedaling to work). To my complete surprise, most pedestrians don’t pay the slightest attention to red traffic lights. These seem to be optional, as jaywalking is common. So no sticklers there.

The hard focus on discipline and immediate punishment so typical of Germany is oddly missing here, as is the idea that human communities can only be held together by an obsession with conformity and the strict enforcement of procedures.

Again, if you want an apartment on the riverbank, overlooking the Tower Bridge, or a nice flat in a posh neighborhood (ok, rents are pretty high everywhere) that will bore a significant hole through your bank account. High-life central London entertainment and tickets to most tourist venues will also take a toll on your finances; croissants and hot dogs in the immediate vicinity of a tourist attraction tend to be quite overpriced. But regular food and transportation fares are decent and even a couple of nights in a pleasant hotel not very far from the City are affordable.

You will see the occasional homeless person, and beggars on the Tube. But you will also see great culture and art (Tate Modern has sections with free access); impressive architecture – an eclectic mix of old and new, gleaming glass-and-steel structures cuddling the grimed walls of old churches, townhouses emblazoned with heraldic symbols, and charming little gardens redolent of rhododendrons; garrulous seagulls on the Thames and a buzzing fleet of red double-decker buses that will seem like they’re all driving on the wrong side of the road!

So be careful when you cross the street, pack an umbrella and enjoy five o’clock tea!

I’ll interrupt my reminiscing now and stand for God Save the Queen as my graduation ceremony closes. London, it’s been a pleasure!

Spoiler alert: here are (some) pictures. Don’t forget to also follow me on Instagram, under ipesardna, for more interesting stuff. 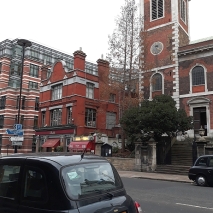 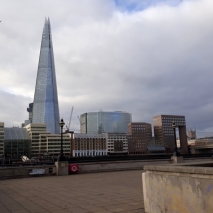 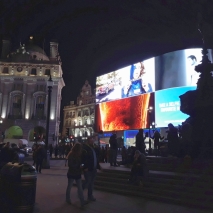 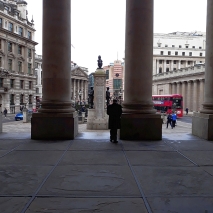 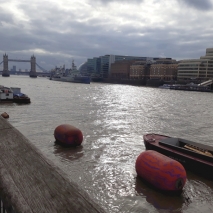 See you next time!

Why You Need an Experienced Linguist to Translate Your Work

A Quick Guide to Romanian Culture – OTHER HUMANS

A Quick Guide to Romanian Culture – TIME and SPACE