Before you go all “Aaaah!…” and “Wow!…” Paris was impressive, but also crowded and rather unromantically dirty. 🙂

And then there’s all of that crammed into a spontaneous 24-hour stay.

So while Mother Nature was heaping merciless amounts of snow upon Germany, we chose to escape its slippery streets and undertake a day-long stoical march along a murky Seine and grand, sand-colored palaces instead, in an attempt to check all of Paris’ mandatory boxes: Notre Dame, Pont Neuf, Louvre, Jardin de Tuileries, Place de la Concorde, Grand Palais, Quai d’Orsay, and – to crown it all – La Tour Eiffel.

Mesmerized by stained glass wonders inside the Notre Dame

A place of prayer – since the 12th century

We almost also made it to Sacré Coeur, but after a rather unsettling after-dark experience at a Montmartre metro station, eventually decided against it. Oh, yes, the wonderful old Paris metro. With its tight galleries, its round infiltrated walls, its homeless and its loud revellers. As someone on a forum somewhere put it: reliable, but “about as charming as your local prison”. 🙂

Yes, Paris was sunny. (We had checked that before setting out to drive 11 hours through blinding blizzards and fluffy flurries.) But even so, to visit Paris in 24 hours is insane.

There’s the uncanny immensity of the Louvre, its facade lined with the statues of thinkers and its glass pyramids and its Egyptian and Roman collections and its gardens full of sculptures and sun. The interminable palaces full of the riches of “haute culture” everywhere. 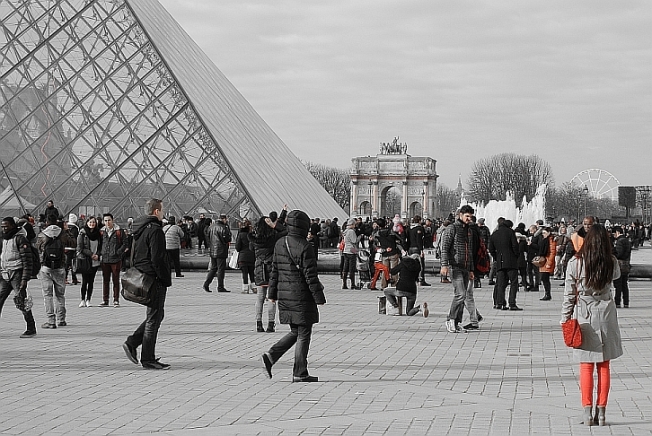 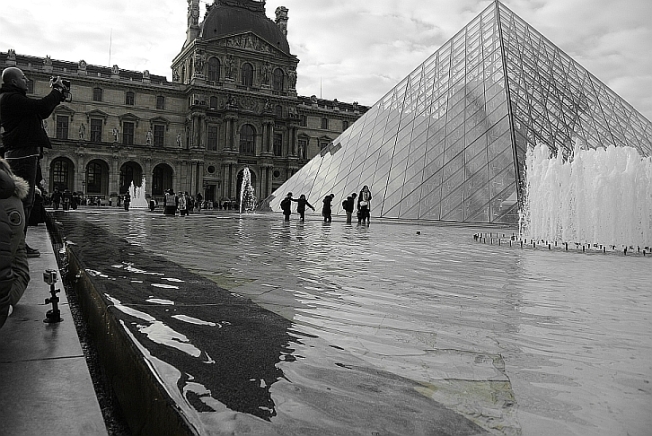 Tiptoeing on water – The Louvre of optical illusions

A seagull’s glimpse of the Eiffel Tower 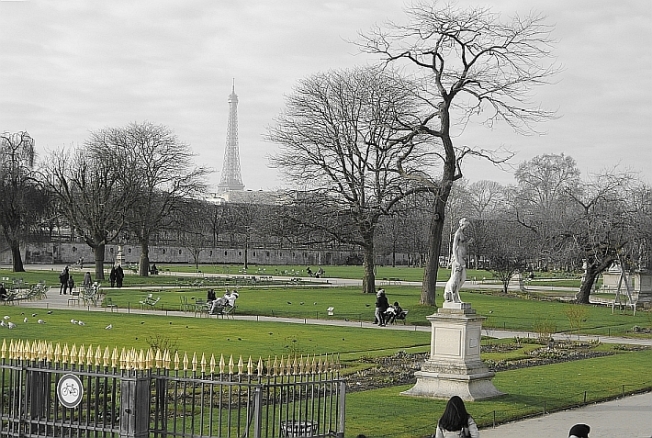 Winter and yet so green – Jardin de Tuileries

There’s the Obelisque and the Champs Elysées and the Arc de Triomphe so alluringly close yet so unattainably far away (I wore out one pair of boots).

There’s the bridge Alexandre the Third and the thick, dry, almost lifeless dignity of the Quay d’Orsay in winter. But of course, above all, the beacon that guided us through this micro-vacation. The lacy, slender iron structure, both frail and forceful, that towers above it all – The Eiffel. 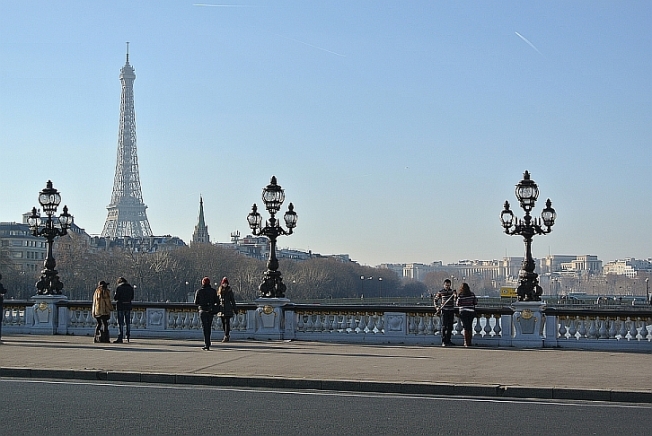 Because, you see, there is also a Paris for engineers.

Yes. There is the jaw-dropping, mind-blowing astonishment at this technological feat completed 125 years ago and initially meant to last only 20. The architectural vision, the engineering prowess. The blood-accelerating beauty. I never thought iron beams can be so fluid, so aesthetically accomplished, so airy. The 310-meter-high structure was built using only a meager 7,300 tonnes of iron. If melted, all of the tower’s iron would barely fill its 125 m x 125 m square base to a depth of 6.25 cm (2.5 in). Eiffel’s architecture firm produced 18,000 drawings and the pieces were cast one by one and delivered to the construction site in 5-meter long beams with exact instructions. A total of 2.5 million rivets were needed to hold the construction together. And at the top of it all stood the penthouse apartment of Mr. Eiffel himself. 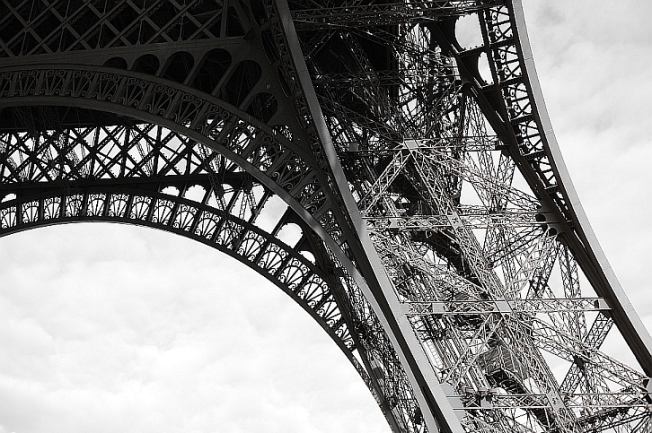 The thrill of the ride up the thin tower’s north foot after standing in line for two hours remains, for me, unequaled. Every year, 7 million people climb the Eiffel tower in search of that feeling. The feeling of being suspended so high up with so little material underneath one’s feet, to marvel at Paris’ sprawling urban jewels and slithering Seine. We experienced all this during a windy blue hour on December 31 (there is a skating rink on the “first” floor, too) and it crowned our short trip like a tasty French dessert.

We simply had to return to it at midnight. We had to see it glisten like a diamond in its golden ring mounting, lit up by thousand of small, flickering lights. We simply had to. 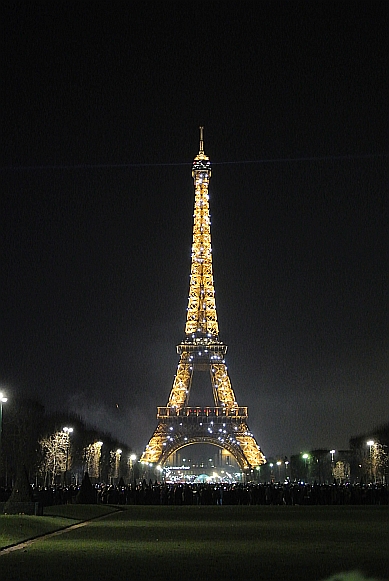 Even though the big official party didn’t happen this year either (financial distress, probably), there aren’t many more interesting ways to usher in the New Year than craning one’s neck at the engineering and architectural wonder in France’s capital, surrounded by multinational crowds of locals and tourists.

Yes, we are even willing to forgive Paris its ubiquitous dog poops and sputum-filled sidewalks and give it another try some other year. I can’t wait to be snowed in at the Louvre. 😉

SPOKEN DISCOURSE: How Do We Know What They Mean?

Your social media feed and the snow job technique