Today, 27.01.2015, is the 70th commemoration of the liberation of Auschwitz. Glimpses caught yesterday in the city that witnessed the rise of national socialism all those years ago and which now takes pride in its vivid diversity and its Anti-Bagida movement. 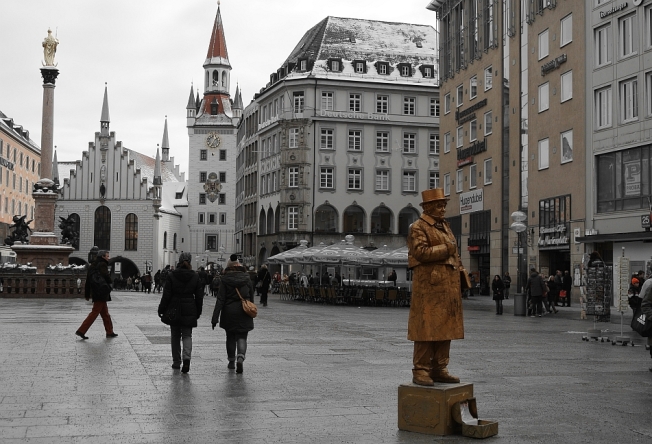 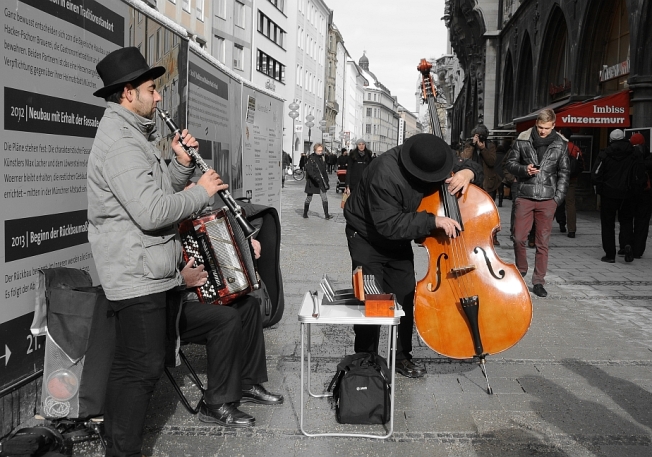 The gentle flight of earthbound things – plus a tinge of pink. Yes, careful, be careful what you step on…

… the world is never black and white.

On my way home, I saw a man meditate in the subway station. He was sitting upright on a bench, immobile and serene, with closed eyelids. His fingers plucking truth from the stuffy underground air, the inside of his palms like tulip bulbs waiting to burst into flower. And rivers of people flowed by him in the form of huge dragon tails: loud, tense, shuffling their feet. And trains came and went. And he didn’t wake up.

I sat next to him for a while, to bathe in his silence, to plunge in his personal pool of quiet. As my train drove away, a symphony still poured from the loudspeakers at Odeonsplatz subway station. And I was still watching, listening, being. And I still couldn’t forget the Auschwitz woman cradling her empty arms where her baby had been, the most wonderful creature, gone, gone, gone forever. And how the very same night, she threw herself into the electric fence.

So I decided to write this blog.

Why You Need an Experienced Linguist to Translate Your Work

A Quick Guide to Romanian Culture – OTHER HUMANS

A Quick Guide to Romanian Culture – TIME and SPACE